Gorga’s Homemade Pasta & Pizza is closing its doors less than one year since opening.

The restaurant, owned and operated by Real Housewives of New Jersey‘s Joe Gorga with help from his wife, Melissa Gorga, and sister, Teresa Giudice, will be no longer in East Hanover, New Jersey after launching it in May. 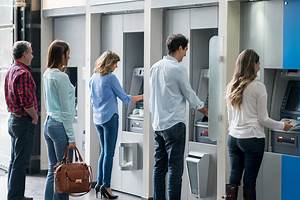 But the Gorga/Guidices insist they are not giving up the restaurant game just yet.

“They are in the process of closing down that location. They are looking for a bigger space, more conducive to the original vision that they had for the restaurant,” Giudice and Gorga’s lawyer James J. Leonard told PEOPLE about the eatery, which was a tribute to Joe and Teresa’s parents Giancinto and Antonia, who passed away in March.

“They are in the process of looking to secure new management to help basically execute that vision and make what their dreams were more of a reality. This particular space was small and just wasn’t really conducive to what they were looking to do,” Leonard said.

As for where the new establishment will be located, the family attorney could not disclose the exact city. “I would predict it would be in the North Jersey area,” he shared.

The siblings continued to question Melissa’s involvement in the business while Teresa’s sister-in-law wanted to focus on her fashion boutique. (And who could forget that stirring friends-and-family tasting event as seen in episode 5.)

“Ultimately it’s Joe Gorga’s project and I can tell you that this is something that he’s very passionate about it and has been. He wants what his vision for the restaurant, ” Leonard told PEOPLE.

Adding, “They quickly outgrew the space.”

And closing the restaurant had little to do with RHONJ, said Leonard.

“The restaurant itself opened back in May and it just aired on the show this past Wednesday. The restaurant had been doing very well prior and that’s one of the reasons why they said, ‘Hey we’ve outgrown this. We need to be in something bigger,’ ” he said.

“It’s something that had been doing well, all summer, fall, winter, it’s been doing well. Now it’s like we want to do what we originally set out to do. We need a bigger space and we need new management,” Leonard concluded.

Back in May, Joe told PEOPLE the reason behind their decision to start a new business venture.

“My mother loved to cook; it was like her drug,” Joe said. “I always told her I was gonna open up a restaurant for her. Then I got busy. While I signed a contract on this place we lost her. So this is for her.”

Page Six was the first to report the closing of Gorga’s restaurant.

This error message is only visible to WordPress admins

Please go to the Instagram Feed settings page to create a feed.